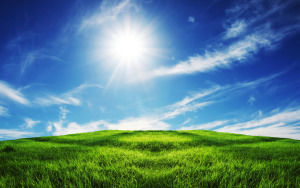 John Arthur Anderson was born March 6, 1948 in Bismarck, ND to Arthur and Nellie (Young) Anderson. He grew up and attended school at Buffalo, ND. At a young age, he bought his first car and headed to California. He married Sandi Schmidt on Nov. 25, 1967 and they were married for 25 years. He worked on the railroad with his friends. A job that he loved. They resided in Buffalo, Casselton and the West Fargo/Fargo area. He operated John’s Auto Repair in West Fargo. He later moved to Prescott, AZ where he worked for Firestone and Exxon before being employed by the Arizona Republic Newspaper where he worked for 14 years. He moved to Chino Valley and settled in Bullhead City, AZ. In 2013, John reconnected with Valerie Knutson whom he knew from his younger years. They enjoyed winters in AZ and summers in Ulen, MN.

He was preceded in death by his parents and step dad Curt Punton.

Funeral: Friday, June 18, 2021 at 10 AM at West Funeral Home Chapel, West Fargo with visitation one hour prior.

To send flowers to the family or plant a tree in memory of John Anderson, please visit our floral store.