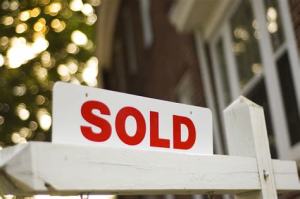 Daniel James Madsen was born on November 18, 1952 in Fargo to E. James and JoAnne (Trom) Madsen.  He grew up in Casselton and during high school he worked at Trom Farm Store with his dad.  After graduating from Central Cass in 1970 he continued to work earning a business degree at Interstate Business College.  Dan worked at the Casselton Reporter as a bookkeeper and also at H & R Block in Casselton and Valley City doing income taxes. Dan pursued his dream job in 1985 when he decided to get his real estate license.  He then went to work for Century 21 in Fargo.  Dan purchased Metro Realtors and became a Real Estate Broker in Fargo and had that business for over 20 years before working for Realty Executives the past 5 years selling houses, which was his true passion.

Daniel enjoyed bowling, fast cars, 60’s music, and hunting with family and friends.  His true joys in life were ice fishing, working (all the time), and kids (young and old); which he would always be teasing. Dan was a volunteer firefighter, city council member and a Jaycees member; both locally and state.

Dan’s family would like to thank the staff at Rosewood on Broadway for their kind and compassionate care that Dan received.

In lieu of flowers the family would like memorials to go to Martin’s Lutheran Church Building Fund or Rosewood on Broadway Memory Care Unit.

Memorial Service: Thursday, September 19, 2019 at 11 AM at Martin’s Lutheran Church, Casselton with visitation one hour prior to the service.

To send flowers to the family or plant a tree in memory of Daniel "Dan" Madsen, please visit our floral store.