Share a memory
Obituary & Services
Tribute Wall
Read more about the life story of Tod and share your memory.

Tod Alan Neubauer, 64, of West Fargo, ND, formerly of Fergus Falls, MN, passed away at Sanford Hospice House on Thursday, November 17, 2022, following a hard fight with cancer for the past four years.  The excellent care provided by the Hospice House staff made his last days comfortable and peaceful.

Tod was born September 19, 1958, at Lake Region Hospital in Fergus Falls, MN to parents Floyd and Delaine (Jenne) Neubauer.  While growing up the family lived in what is now Maplewood State Park, MN.  Tod spent his days with his best friend, Lassie.  While living there, Tod attended country school for several years until his family moved to Pelican Rapids, MN.  He was baptized and confirmed at Our Redeemer Lutheran Church.  His family then moved to Fergus Falls, MN, where he graduated from Fergus Falls High School in 1976.  After high school he attended Anoka Technical College and was employed as a machinist.  After returning to Fergus Falls, Tod attended and graduated from Wahpeton School of Science.  He then joined Ottertail Power Company and worked in Devils Lake, ND for several years, and then returned to Ottertail Power in Fergus Falls where he worked until his early retirement in 2014 due to complications with rheumatoid arthritis.

Tod was a confirmed bachelor until at the age of 50 he found the love of his life, Diane Wigglesworth from West Fargo, ND, in June, 2008 after being matched on eHarmony.  They were married in Fergus Falls on January 11, 2014, and they resided in West Fargo.

Tod enjoyed deer hunting and many trips up north 4-wheeling with his great-nieces Megan and Bailee and many friends.  Tod took joy in the many car and motorcycle trips down south with nephew Jeff.  Tod and Diane enjoyed riding motorcycle, traveling and spending time with family and friends, but most of all with their grandkids.  Tod was an avid woodworker and built many beautiful projects for family and friends and spent countless hours in his shop every day.  He most enjoyed his time in his shop with grandkids Jackson, Dawson and Morgan creating treasures.

Memorials are preferred to the American Cancer Society.

Memorial Service: Wednesday, November 23, at 11 a.m. in Lutheran Church of the Cross, West Fargo, with visitation one hour prior.

The service will be livestreamed at this link: https://youtube.com/live/UE914AhwjMI

To send flowers to the family or plant a tree in memory of Tod Neubauer, please visit our floral store. 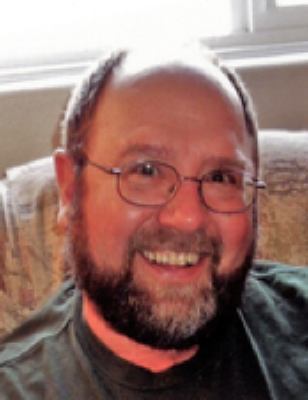