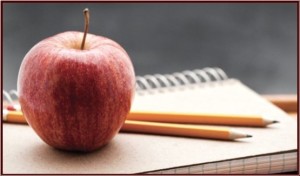 Thomas “Tom or TP” John Parker was born in the Langdon Hospital November 19, 1943 to Charles and Ruby (Olson) Parker.

He was raised on a farm near Nekoma, ND where he graduated high school in 1961.  Tom attended Jamestown College, graduating in 1965 with a business degree.  He then went on to earn his teaching certificate from North Dakota State in 1967.

He began his teaching career in Center, ND then moving to Red Lodge, MT where he met his wife of nearly 50 years, Jayne (Moore). They married on Dec 30, 1971 in Sheridan MT.

In 1973, Tom and Jayne moved to Adams, ND where he served as principal for the school and started their family having three daughters; Teri, Jill and Jodi.  He and his family moved from Adams to Nekoma and then to Langdon, ND.  In addition to teaching, Tom worked on the family farm, in sales at Christie Motors, and as manager of the Langdon Eagles Club.  He finished his working career teaching at Four Winds in Fort Totten, ND.

Tom and Jayne moved to West Fargo in 2014 to be closer to their three daughters.  Although they left several great friends behind in Langdon, he did a great job keeping in touch with regularly scheduled  phone calls.  In West Fargo, Tom was quick to meet wonderful new friends and shared how happy he was they made the decision to move.  He had the gift of gab, leaving a lasting impression on anyone he met.

Tom was preceded in death by his parents and brothers-in-law Bernie and Dave.

A celebration of life is planned for family and friends on Monday April 26, 2021.

To send flowers to the family or plant a tree in memory of Thomas Parker, please visit our floral store.