Share a memory
Obituary & Services
Tribute Wall
Read more about the life story of Robert "Bob" and share your memory.

Robert Michael Yanish was born in Boise,  Idaho, on April 29, 1943, to a military couple, Robert J. and Alice M. (Stensgaard) Yanish.  Bob’s early years found them living at several military posts. They also welcomed two girls, Joan and Linda, to the family.  He and his sisters went to grade school, and his mom and dad were employed in education and welding,  in Climax, CO. The family returned to North Dakota and found their farm close to Itasca Park.  Bob went to high school in Bagley, MN, where he met Kathleen Galli, and they became sweethearts.  His love for music grew during his high school and early college years at UND.  Bob met two lifelong friends in college, and they formed the Greenbriar Trio. They decided to interrupt college and tour singing folk music.  He returned to college at BSU, Bob and Kathy were married on August 17, 1964, and they lived in Bagley.  Bob finished his degree in music at Bemidji State.  He began his teaching career at his own high school in Bagley where Bob taught vocal and instrumental music for three years.

Later, Bob took a leave from teaching and tried his hand at selling insurance. He missed teaching and students, so he accepted a position in vocal music in Crookston, MN, for 17 years before retiring.  Bob had 34 years of teaching,  and the students related to Mr. Y and loved him.

Bob and Kathy moved to West Fargo in 2013 and made their last move to Bethany retirement village in 2022.

Bob was preceded in death by his mom and dad, his father-in-law and 2 mothers-in-law; sister Joan; 2 brothers-in-law and other aunts, uncles, nieces and nephews.

Mass of Christian Burial:    Monday, November 28, 2022 at 11 AM in Blessed Sacrament Catholic Church, West Fargo, ND.   Visitation will be held in the church one hour prior to his service.

To send flowers to the family or plant a tree in memory of Robert "Bob" Yanish, please visit our floral store. 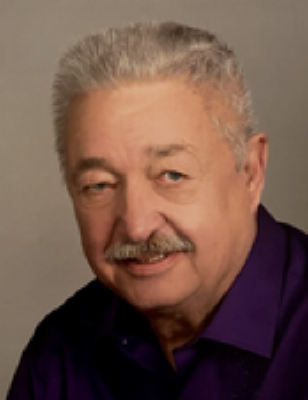