Read more about the life story of Leonard and share your memory.

Leonard Timothy Pulkrabek passed away under the care of Hospice at his residence on November 14, 2022, at the age of 90 surrounded by his “mother hens”.

Leonard was the youngest of 14 children born January 24, 1932 to Wencil and Caroline Pulkrabek. On the family farm in Hutchinson, MN, he raised homing pigeons and his pet crow, Mike.   He purchased his first car, a Model A, with $48 and two pair of homing pigeons.

In high school he was active in football, basketball, track and wrestling. Up until the day before he passed he was proudly telling the Hospice nurse that he loved playing all sports. “That’s why I’m in such good shape”.  During high school, it was at the local café that he first laid eyes on the love of his life, Genevieve “Jenny” Vlcek.  They fell in love while skating together several nights a week at the Hutchinson Roller Rink.

He earned a scholarship to the U of M to wrestle; however, chose not to attend.   When telling the story, he would chuckle stating he was too apprehensive to attend the big school far away from home, but then joined the service and was sent to boot camp even further away.  His military career began with the Army National Guard after his brother talked him in to joining because he could make “an easy $2 a week” just by going to the meetings.  Little did they know the Korean War would start a few months later.  He was mobilized to Fort Rucker, Alabama where he was a Sergeant and served as a marksman instructor.

Leonard and Jenny married June 3, 1952 living in Enterprise, Alabama until he was discharged from the army.  They moved to Silver Lake where they resided for several years.  While there, he worked for Zrust Construction, Minnesota Mining, and then Frederickson’s Well Drilling.

In 1959 they moved to West Fargo when he was named manager of the Fargo Frederickson’s branch.  He purchased the business in 1974, later renaming it LTP Enterprises, Inc.   He was the first drilling contractor in North Dakota to be nationally certified and was appointed by Governor Link to the ND State Board of Water Well Contractors.  He was proud of all of the wells LTP drilled around the area.  It was impossible to drive anywhere with him in North Dakota, South Dakota or Minnesota without him pointing out the wells he drilled or naming the farm owner.

Leonard not only believed in working hard, but playing hard.  His evenings and weekends were filled with softball, hunting, fishing, golfing, card playing, square dancing and swearing at the Vikings and Twins.  He  served on the West Fargo Park Board and the Junior American Legion Association Board of Directors.  He was a member of the Knights of Columbus, Horace Senior Center and the Horace Lions.

After retiring, he began new hobbies of wood working and gardening.  He spent many hours in his back shop making Christmas gifts for the entire family.  For many years it was the highlight of Christmas Eve when he would reveal his creations.  He enjoyed working in the yard where he was rewarded with “Yard of the Month” twice in West Fargo.

His favorite times were gathering with family and friends at their lake cabin or winter home in Arizona.  His door was always open and the more people that gathered around the better.  When planning their home in West Fargo, he dreamt of having a room so large he would have to yell from one side of it for Jenny to hear him at the other end.  It was there he and Jenny hosted family gatherings where their six children, 18 Grandchildren, 32 Great Grandchildren, and 2 Great-Great Grandchildren could all fit in the same room.

Leonard was preceded in death by his wife, Jenny, daughter, Vickie Richard, son, Alan Pulkrabek, grandchildren Katie, Andrew and Alexander Kellen and his 13 brothers and sisters.

In lieu of flowers, the family requests donations be made to Blessed Sacrament Catholic Church.

To send flowers to the family or plant a tree in memory of Leonard Pulkrabek, please visit our floral store. 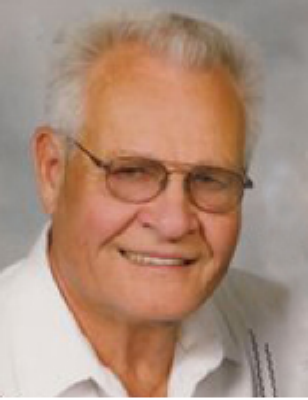