Read more about the life story of Evangeline "Eva" and share your memory.

She was born to Chris and Lydia Rudel on July 6, 1921, at Fessenden, ND on the family farm.  She attended Fessenden Public Schools and received a teacher’s certificate from Minot State Teacher’s College.  After graduation, she taught school in rural Fessenden, in Goodrich, ND and in Lamoure, ND.  In 1946, she moved to Seattle, Washington where she worked for several years.  After returning to ND, she worked at Fargo Glass and Paint.

She was married to Irvin Dittus on November 19, 1950, at the Nazarene Church in Fessenden.  They moved to Harvey in 1951 where their children Bonnie and Ronald “Ron” were born.  She returned to work at JC Penney Co in Harvey where she worked in the office for almost 22 years.  She retired in 1986.

Irvin and Eva moved to Fargo in October of 2004 where they lived in Stonebridge apartments and made many new friends as well as restoring many old friendships. In October of 2014, they moved to Bethany Retirement Living where she lived until her passing. Irvin Dittus preceded her in death May 29, 2017.

Eva was active in the Harvey United Methodist Church.  She also enjoyed participating in the Harvey Modern Women’s Club, VFW Auxiliary, and the Harvey Golf Course.  When her children were younger, she assisted with the church youth groups, 4-H and Cub Scouts.  She enjoyed singing in the church choir and when she moved to Fargo, she was a member of the Prime Time choir from First Assembly of God.  One of her biggest pleasures was spending time with her grandchildren.  She was currently a member of Atonement Lutheran Church in Fargo.

She was also preceded in death by her parents, four brothers: Roger, Lyle, Kermit, Glenn and a sister, Erdella Volkhart.

The family would like to thank the staff at Bethany for their loving care of Eva.  A special thanks to Brianne, Chelsea and Tom!

Funeral Service:  Tuesday, November 29, 2022, at 11 AM in West Funeral Home, West Fargo, with Visitation held one hour prior to her service.

Interment will be at 2 PM in Fargo National Cemetery, rural Harwood, ND.

To send flowers to the family or plant a tree in memory of Evangeline "Eva" Dittus, please visit our floral store. 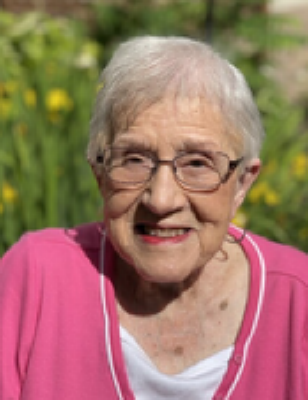