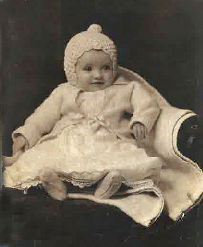 Irish eyes are smiling in heaven in celebration of the arrival of our Mom, Dolores Ethel Cashman Skogen.  She passed away on Tuesday, March 30, 2021, at Edgewood Vista in Fargo under the care of her Edgewood family and Hospice of the Red River Valley just 34 days short of her 100th birthday.

Dolores Ethel (Cashman) Skogen was born on May 3, 1921, in Williston, North Dakota, to Thomas Joseph “Joe” and Ethel Cashman.  She was one of the first babies to be born in the new Mercy Hospital.

She attended school in Williston and was a 1939 graduate of Williston High School.  Following her graduation, she worked at J.C. Penney’s in Williston.  On September 6, 1942, she married Conrad Skogen of Williston (formerly of Epping ND and Suldal, Norway) in Outlook, Montana.  Conrad enlisted in the U.S. Navy that fall and was stationed in Norfolk, VA.  Dolores joined him there and later returned to Williston with their infant daughter, Dianna, where she and Dianna lived with her parents while Conrad finished his tour of duty in Bremerton, Washington, and World War II ended.  Dolores followed her husband with his career from Williston to Minot, Fargo, and back to Williston in 1961.  During that time three more daughters were born - Karen, Debbie, and Laurie Jo.  They lived out in Pherrin Township for 30 years until Conrad’s health forced them to move into Briarwood II in Williston.  Following Conrad’s death at Bethel Home in 2011, Dolores stayed in Williston for two years and then moved to Edgewood Vista in Fargo to be closer to her daughter, Dianna, and family where she lived until her death.

Dolores was an active member of First Lutheran in Williston, a lifetime member and charter member of Beta Sigma Phi Sorority, a fifty-plus year member of the American Legion Auxiliary, member of Pherrin Township Homemakers Club, and a Daughter of the American Revolution.  She was also involved in the coordination of many of the WHS Class of 1939 reunions and the Williston Centennial.

Dolores was a wonderful wife, mother and homemaker.  She took great pride in those roles.  She was a great cook, always having home cooked meals and fresh homemade bread and other treats.  Even though she was proud of her Irish heritage, she learned the art of making Scandinavian delicacies for her Norwegian immigrant husband. Her baking for Christmas was a major event and her family enjoyed those treats late into the following summer!  She loved needlework and her family will always cherish the beautiful pieces she made for them.  She also loved to read. Playing bridge and pinochle were also a favorite pastime.

Not only did she lovingly care for her husband and family, but she was also always there for many friends and other family over the years through their times of joy and sorrow.  She was a very kind and compassionate woman.  Dolores celebrated every holiday to the fullest, loving to decorate her home with seasonal decorations and buy gifts for family and friends. She was a great letter writer, never failing to drop a note or letter to celebrate a special occasion with a family member or friend or to offer support to someone in need.  She embraced life to its fullest!

She was preceded in death in 2011 by her husband of 69 years, Conrad; and her parents, Joe and Ethel Cashman.

She will be laid to rest by her husband, Conrad, at Riverview Cemetery in Williston, North Dakota.

Visitation will be held on Thursday, April 1st, from 4 to 7 at West Funeral Home in West Fargo.

Her Funeral Service will be held at First Lutheran Church in Williston, ND, on Saturday, April 3rd at 1:00 pm, with visitation held 12 – 1pm in the church. Friends who are unable to attend are invited to watch the service live at eversoncoughlin.com.  Please find the link on Dolores’s obituary page, under events.

To send flowers to the family or plant a tree in memory of Dolores Skogen, please visit our floral store.