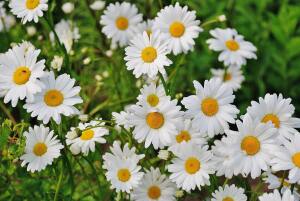 In a sweet hour of prayer and song, the angels came to bring Daisy Irene Althoff, 87, home for an audience with her Lord and Savior and a reunion with husband Bill and family who went to Heaven before her.  Her life journey and mission on earth concluded on 20 September, 2022 as her eternal life in Heaven began.

Daisy Irene was born on 31 December, 1934 to John and Mary Jonnie (Littlejohn) at the Roseau River Anishinabe First Nation, Manitoba, Canada where she grew up and attended government schools in Portage la Prairie and Brandon, Manitoba. Early on in young adulthood she lived in Texas, ultimately making Fargo, ND her permanent home. Predominantly a homemaker, she did return to the Roseau River Anishinabe First Nation in the mid-1980s and worked as a social worker, focused on protecting the children of the community.  She ultimately retired in the early 1990s.

She was deeply spiritual and proud of her born-again Christian faith which she openly shared with anyone and everyone.  She was also a devout attendee of the Fargo Church of the Nazarene and the Golden Ridge Church of the Nazarene where she spent many hours worshipping, singing and studying the word of the Lord. All the way up to her last days, daily devotions was always a part of her early morning routine, where she would read her bible and pray for her family.  She will be deeply missed by all of her family.

She was preceded in death by her husband Bill; her parents; sister and brother-in-law Grace and Clifford Hage; brothers Frank, Gilbert and Wallace; sisters Alice, Rowena and Dorothy.

Funeral Service:   Tuesday, September 27, 2022 at 2 pm in West Funeral Home, West Fargo, with Visitation held one hour prior to her service.

To send flowers to the family or plant a tree in memory of Daisy Irene Althoff, please visit our floral store.

A Memorial Tree was planted for Daisy

Join in honoring their life - plant a memorial tree

Your browser does not support this video format. You should be able to view it in Chrome, Safari or Internet Explorer.
SHARE OBITUARY