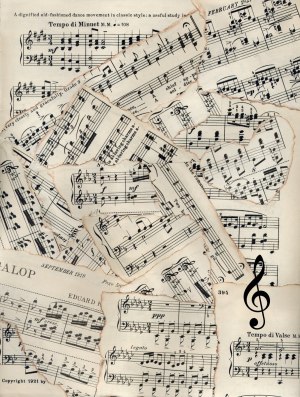 Curtis Inwards, age 63, of Fargo, ND passed away on Thursday, May 12, 2022 at Sanford Health in Fargo, ND after an 8-year battle with cancer.

Curt was born on September 19, 1958 in Bertha, MN to Keith and Jeanette Inwards. He graduated high school in Detroit Lakes, MN and joined the Army out of high school. He served in the 82nd Airborne, then with the Army National Guard for many years. He worked as a mechanical engineer prior to changing occupations to follow his true love, music. He played almost every instrument, and loved nothing more than to make music with friends. He played with the 147th Army National Guard Band for years, worked as a band teacher to elementary through high school aged students, and later in life played in a Dixie band.

Curt is survived by his daughter, Christina (Joel) Finn, and his son, Mark Fallon, whom he found just weeks prior to his death. He is also survived by his grandchildren, Ava, Luke, Clara and Caleb, his wife Kathy, his mother Jeanette, 7 siblings, Bruce (Laura) Inwards, Doug (Colleen) Inwards, Kathy Livingood, Bob (Karen) Inwards, Matt Inwards, Maria (Milt) Wilson, and Chris Inwards, as well as many nieces and nephews.

Curt is preceded in death by his father Keith and his big brother Mike.

No formal service is planned in an effort to honor his wishes, however, a private family gathering will be planned.

To send flowers to the family or plant a tree in memory of Curtis Inwards, please visit our floral store.

A Memorial Tree was planted for Curtis

Join in honoring their life - plant a memorial tree

You can still show your support by sending flowers directly to the family, or by planting a memorial tree in the memory of Curtis Inwards
Share a memory
© 2022 West Funeral Home. All Rights Reserved. Funeral Home website by CFS & TA | Terms of Use | Privacy Policy | Accessibility