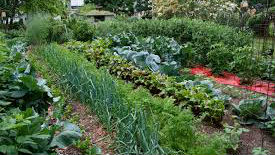 Carol was born in Comstock, MN. She graduated from Barnesville High School. Carol met Ruben Berg while working at American Linen. Carol and Ruben began dating after much persuasion from Ruben and then married on February 10, 1961. Carol worked as a housekeeper for many years until she retired in 2008. Carol enjoyed playing in softball leagues and bowling leagues for many years. She spent a great deal of time playing games (especially Rummikub and Aggravation) and cards, doing puzzles, spending time at Frank’s Lodge on Star Lake, and celebrating life with her siblings, family, and neighbors. Later in life, Carol found joy in gardening and spending time with her grandchildren and great-grandchildren.

Carol was preceded in death by her parents, Henry and Mable Olson, six brothers, and four sisters.

The family of Carol wishes to extend their sincere thanks to Hospice at Sanford and the Roger Maris Cancer Center.

To send flowers to the family or plant a tree in memory of Carol Berg, please visit our floral store.