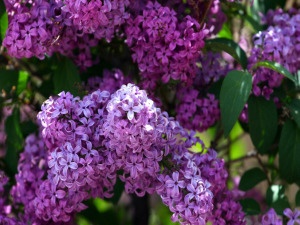 Neal was the second of five sons of Ludvig and Norah (Enger) Holland. He moved with his family to the Halstad, MN area when he just three years old. He attended Serum Rural Country Grade School for 7 years, until it was combined with the Halstad School. Neal graduated from Halstad Public High School in 1947.

He enrolled in college in 1947 at North Dakota Agricultural College (NDAC) which later became North Dakota State University (NDSU), Fargo, ND. He graduated in 1951 with a Bachelor of Science degree. Neal taught school one year (1951-52) in Kennedy, MN prior to being drafted into the United States Army, where he served from 1952-1954. Neal was trained near Washington, D.C. at Camp Belvoir. During the Korean Conflict, Neal was stationed in Panama. After Neal separated from the Army in 1954, he returned to Fargo where he went on to teach horticulture at NDSU for 32 years, gaining the title of professor and later emeritus. While a professor at NDSU, Neal spent time with plant breeding, developing the following plants: Mantador Broccoli, several types of squash including Gold Nugget (All America Winner), Emerald and Discus, several tomato types including Sheyenne, Lark, Dakota Gold, and Cannonball, and the Hazen apple. Following retirement from NDSU, Neal developed the fairy tale series of Lilacs which include Tinkerbelle, Sugar Plum Fairy, Thumbelina, Fairy Dust and Prince Charming. Since his retirement from NDSU (professor emeritus), Neal opened Sheyenne Gardens in 1988 on his home farm in Harwood, ND.

Neal has received numerous awards and recognition for his horticulture work in the Midwest. He received a distinguished service award in 2006 from the North Dakota Nursery Greenhouse Landscape Association (NDNGLA). He spoke at many Saturday and community education lectures on plants and their care. Sharing his experiences and knowledge through educating and humor was something he loved to do.

He was preceded in death by his parents, Norah and Ludvig, two brothers Ames and Lowell, sisters-in-law Jeanette and Sue.

Visitation will be from 10 a.m. until 2 p.m. on Thursday, June 20th at West Funeral Home in West Fargo. Following the visitation at 2 p.m. will be a Celebration of Life service in the funeral home. The burial will be held at the Oakwood Cemetery near Harwood, ND.

To send flowers to the family or plant a tree in memory of Neal Holland, please visit our floral store.