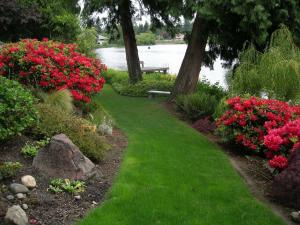 Lavonne Maxine Herman was born April 16, 1928 on the family farm Nashua, MN to Henry and Iona (Hall) Herman. She graduated from Tintah High School and attended beauty college in Minneapolis, MN.  During her high school years, she met the love of her life, Harold “Ted” Beckius. They were united in marriage on December 11, 1949. After marrying, they took over the family farm where they worked side by side for many years.  Ted passed away in 2017 and Lavonne moved to Edgewood Vista in Fargo.

Lavonne was a devout member of the Faith Community Church in Campbell, MN.  She enjoyed holiday get togethers, trips to the lake, watching the Twins, Timberwolves and the Vikings. She was the greatest cook. She was known for her caramel rolls, buns and fried chicken just to name a few. Lavonne also enjoyed the occasional trip to the casino.

Funeral: Wednesday, Jan. 15, 2020 at 11 AM at West Funeral Home Chapel, West Fargo with visitation one hour prior and reception to follow.

To send flowers to the family or plant a tree in memory of Lavonne M. (Herman) Beckius, please visit our floral store.