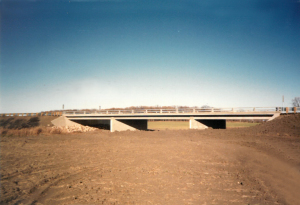 Larry James Iverson, 68 of West Fargo, passed away on Friday, June 14, 2019, at his home surrounded by his family, and under the care of Hospice of the Red River Valley.

Larry was born on May 10, 1951 in Valley City, ND to Larry M. and Doveline “Dovie” (Holien) Iverson. He grew up in Valley City and graduated from Valley City High School in 1969. He then attended NDSCS in Wahpeton and received his degree in mechanics. Following college, he moved to Fargo where he worked for Schultz Construction. He married Lonni Jenson in 1972, and three children were born to them, Jenae, Stacey & Jon.    They divorced in 1996. Larry formed Dakota Bridge Builders in 1985, along with Jack Schultz and Gary Reveling, and operated the company for many years. He then worked as a superintendent for Swingen Construction until he retired in October of 2016. In 1997, Larry met Sarah Klava, the love of his life, and they began following the “Iverson Plan”. They married on March 22, 2014.

Larry was an avid Bison fan and was an NDSU Team Maker. He enjoyed deer hunting, fishing, bowling, playing tennis in his high school and college years, tinkering and building things and especially loved spending time with friends and family. He liked to watch golf on tv although he never played. Larry will be remembered as a great storyteller and jokester, but first & foremost, as a family man.

He was preceded in death by his father, Larry; brother, Robert; sister-in-law Joey Klava; cousins, Mike Holien and John Holien; aunts & uncles; and his dog, Harley.

To send flowers to the family or plant a tree in memory of Larry J. Iverson, please visit our floral store.