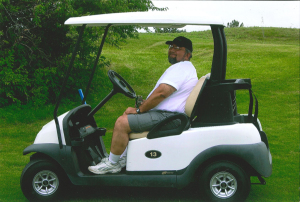 Donald “Don” Patrick Bartsch passed away Monday,  July 8, 2019, in Fargo, ND, following a brief illness with his family at his side.

Don was born on June 8, 1949, to Albert & Barbara (Tuchscherer) Bartsch in Rugby, ND.  He attended Little Flower Catholic Elementary school & graduated from Rugby High School with the class of 1967.  He then attended NDSCS and earned an associate degree in electronic technology.  He was employed at Collins Radio in Cedar Rapids, IA, for a short time & then returned to Rugby to work for his dad, an electrical contractor.  The electrical field was his passion as he continued in that work his whole career.  On June 30, 1973, he was united in marriage to Linda Brossart at Little Flower Church in Rugby, ND.  They moved to West Fargo where he was employed at Dakota Electric Supply.  In 1981 he accepted employment as an outside salesman for J.I. Co. and then Border States Electric in Minot until that branch was closed.

The family then returned to West Fargo where he was employed at WESCO,  Ron’s Electric & IES. He was proud to have earned his Master Electrician license at that time.  In 2004, he joined JDP Electric as an estimator & project manager.  That was a perfect fit for him & he enjoyed the last 14 years of his career there.  He could never say enough good about his JDP family.

Don enjoyed camping & fishing in earlier years along with going back “home” to Rugby to visit family & friends.   The vacation highlight was the cruise in the Mediterranean – a time never forgot.  He always enjoyed going to the local stock car races & watching races on T.V.   Reading western novels and watching movies (Hallmark channel was a favorite) were his pastimes.  In recent years Don & Linda enjoyed playing bingo at the West Fargo VFW.  He loved his pet cats & just being home working in his yard.

He was a member of Holy Cross Catholic Church for the past 32 years, where he served on the finance council, a member of the  men’s club and the church choir for several years.

Visitation:  4 to 7p.m. Sunday at the West Funeral Home in West Fargo and Monday an hour before the Mass.

To send flowers to the family or plant a tree in memory of Donald Bartsch, please visit our floral store.